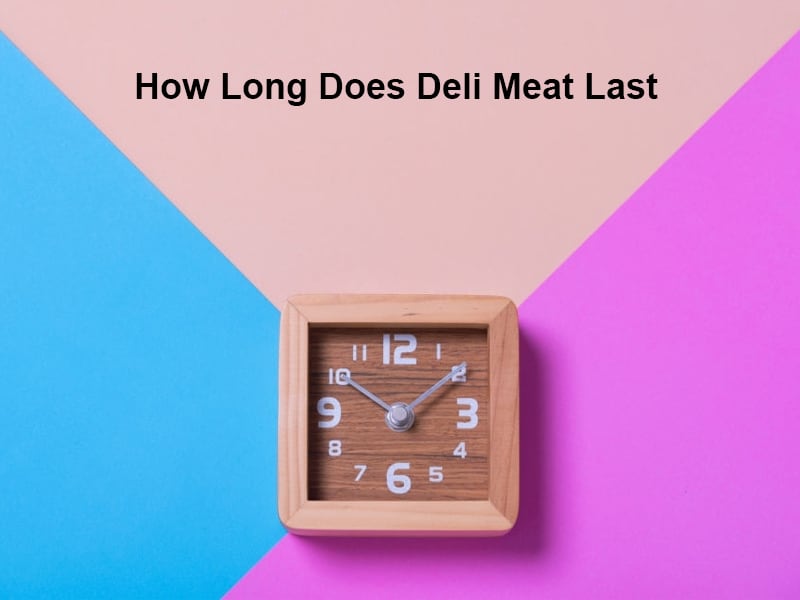 What is Deli Meat?

Deli meat is meat that has been precooked and cured for consumers to buy. These meats are often called other names as well such as luncheon meats, cold cuts, cold meats, cooked meats, and sliced meats.

What name they are called typically depends on where you are. These meats are found largely in cold cases at grocery stores as well as in small butcher stores.

This term includes not only the pre-cooked meat sold to you typically at the front of a store but also those which are pre-packaged for sale and found typically in a cold case in the back.

How Long Does Deli Meat Last?

The most popular type of meat sold freshly packaged in cases at delis is sliced meat like ham, turkey, and chicken. For these types of meats, you can typically keep them in your refrigerator for three to five days.

Another type of meat is the sliced ham, turkey, and chicken that comes prepackaged by well-known brands such as Oscar Mayer. When refrigerated these meats last from seven to ten days.

However, by freezing the unopened package of meat instead of refrigerating it you can extend its shelf life. This changes the expiration date from seven to ten days, to six to eight months.

The third type of meat that is often found in grocery stores is bologna. Generally, this type of deli meat can last from around one to two weeks before it expires.

RECOMMENDED
How Long Do Brussel Sprouts Last – (And Why)?

Freezing this meat instead of sticking it in your refrigerator can extend the shelf life so that instead it doesn’t go bad for two to three months.

Why Does Deli Meat Last This Long?

The reason that you should not consume any meat that has been in your refrigerator past their respective expiration date, is that they can begin to develop bacteria.

One bacteria that is commonly found in deli meats that have gone past their expiration date is Listeria. This is a bacteria that causes things such as convulsions, a stiff neck, confusion, nausea, fever, and changes in alertness.

This is a bacteria that pregnant women are particularly susceptible to, which is why it is recommended that any women who are pregnant avoid sources of food where it is commonly found.

With the set food shelf life lengths there is some wiggle room but these expiration dates have been proven to be the safest time frames for consumption. This way you run a lower risk of making yourself ill.

There are many websites that can help you find this information with one simple search and it’s always better to be safe than sorry.