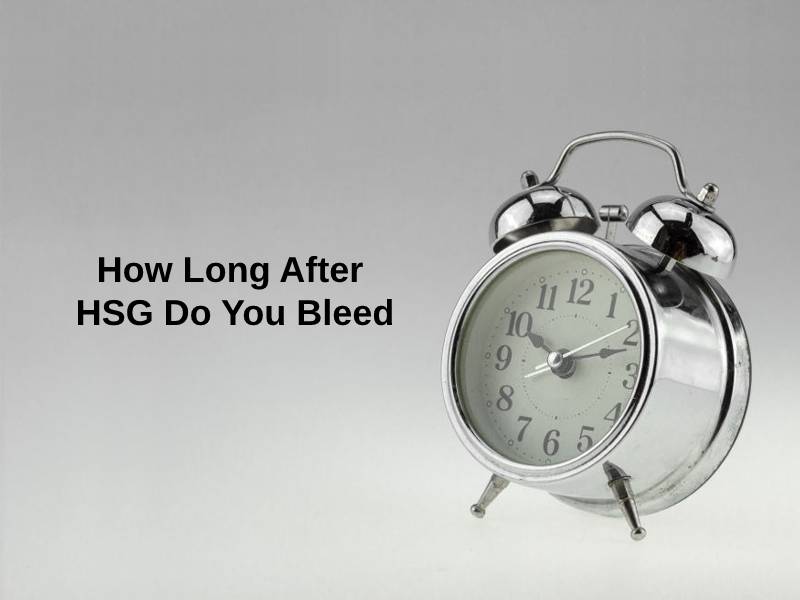 Women having difficulty getting pregnant could likely be a target of female infertility, the cause of which is usually blocked fallopian tubes or abnormalities in the uterine cavity. In such a case, the patient often needs to undergo a procedure called a hysterosalpingogram (HSG) to evaluate fertility. The technique uses fluoroscopic x-ray technology to examine the uterus and fallopian tubes and determine the exact cause of infertility.

The diagnosis is operated on a woman after a complete menstrual cycle to prevent it from interfering with a possible pregnancy. It is an outpatient test, and the entire procedure does not take longer than 30 minutes.

How Long After HSG Do You Bleed?

The hysterosalpingogram test, which takes about 5 to 10 minutes to perform, uses fluoroscopy to evaluate female infertility. During the procedure, a tool called a speculum is inserted into the vagina to push it open. A thin tube carrying an iodine-based dye is pushed through the cervix to empty the contents in the uterus. The test is concluded with a fluoroscopic x-ray which examines the fallopian tubes and uterine lining based on the movement of the dye.

The outpatient procedure generally causes uterine cramping similar to menstrual pain for about 5 minutes after the test. Sometimes, the cramping can last several hours. Painkillers are suggested to be taken 30 to 60 minutes before the procedure to reduce the effect of cramping.

Vaginal discharge or spotting is expected over the next few hours of the day. However, it is normal to experience light vaginal bleeding for 1 to 2 days after the test. In some cases, the bleeding continues for a couple of days. Heavy bleeding after a hysterosalpingogram is not common and may pose health risks. It is advisable to inform your doctor of any such symptom unless instructed otherwise.

Why Do You Bleed This Long After HSG?

The test is expected to follow with thick vaginal discharge for a couple of hours as the dye drains out of the uterus. More often than not, the discharge is accompanied by light vaginal bleeding. The bleeding may occur for a day or two while the dye washes out. It is advised to use sanitary pads or panty liners instead of tampons until the discharge stops. After the test, the patient can return to normal activities but advisably refrain from intercourse for a few days.

RECOMMENDED
How Long Should A Person Exercise To Increase Cardiovascular Endurance (And Why)?

Risks of the test:

HSG is usually able to determine the cause of infertility in women. The x-ray would show that the dye was unable to pass through the fallopian tubes if they are blocked. This issue can often be fixed during HSG. It also unravels any abnormalities in the uterus, including fibroids, polyps, or congenital malformations. Forcing a dye through the tubes during HSG often opens them up and removes obstructions. In acute cases, the patient might have to go through an operation to unblock the tubes or correct the uterine defects. Another alternative to beat infertility is in vitro fertilization (IVF).

Conclusively, HSG is a valuable test to examine the fallopian tubes and uterus. It usually increases the woman’s chances of getting pregnant soon after.