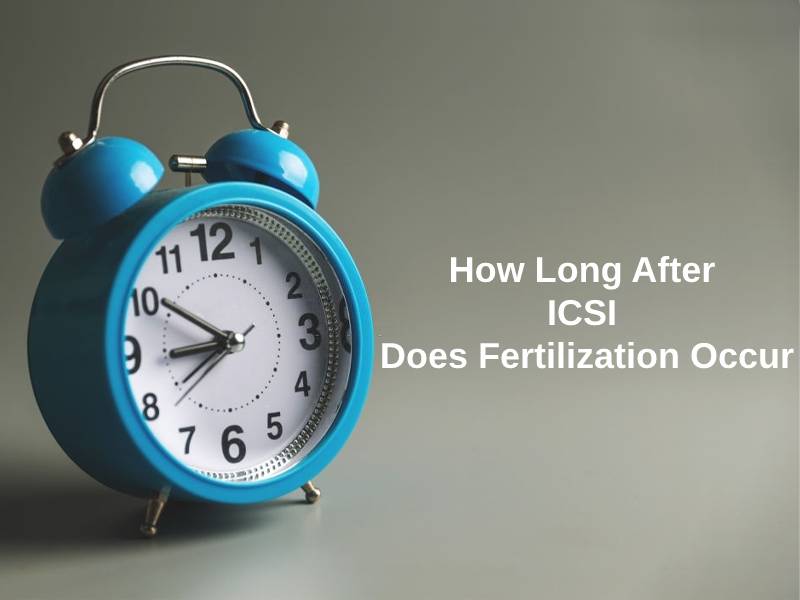 Intracytoplasmic sperm injection (ICSI) is a common reproductive technique employed in assisted fertilization when a person’s sperm lacks the ability and motility to penetrate the outer layer of a woman’s egg. The procedure, administered alongside in vitro fertilization, helps fertilize the egg.

How Long After ICSI Does Fertilization Occur?

Eggs are usually fertilized within 24 hours of being released from the ovaries in the fallopian tubes of a woman’s body. This occurs when sperm that reaches the egg begins to break into the outer layer of the egg, known as zona, and enters the cytoplasm.

ICSI is administered when the sperm’s lack of motility to penetrate the zona prevents it from fertilizing the egg naturally. In this technique, a single sperm is directly injected into each mature egg on an inverted microscope. It directly binds the sperm to the egg membrane to ensure fertilization. About 70% of eggs are expected to fertilize after ICSI in a good lab.

The eggs normally fertilize within 24 hours of insemination through ICSI. After around 18 hours of the procedure, the eggs are assessed for fertilization. This marks the first day of the embryo, therefore called Day 1.

A fertilized egg is healthy if it comprises two pronuclei inside the egg and two polar bodies on the side. An egg with over two pronuclei can be regarded as abnormal and should be separated from the rest.

The fertilized eggs, called zygotes, are further nurtured for growth and examined on the second and third day of insemination. The embryos, exhibiting proper growth and development, are selected to prepare for the blastocyst stage in a culture medium. The developed embryos have a high potential for implantation at this stage, but only a few are transferred on the fifth day to decrease the chance of multiple pregnancies.

RECOMMENDED
How Long For A Skinny Person To Get Abs (And Why)?

Why Does Fertilization Occur This Long After ICSI?

Common factors that cause the failure of fertilization include:

Even after a successful ICSI procedure, eggs that haven’t matured won’t fertilize. The eggs go through several stages of chromosome division as they mature. This process, known as meiosis, halves the chromosome nu0mber and gathers the extra chromosomes in the polar body located on the side of the egg. Immature eggs do not have a polar body during fertilization check and prevent the sperm from fertilizing them.

ICSI has been a huge reform for the medical industry in the treatment of male infertility. The eggs are normally assessed after 18 hours of retrieval and usually result in the fertilization of 80-100% of mature eggs. In some cases, little to no fertilization may occur due to a lack of appropriate sperm or post-maturation of the egg. However, repeated attempts of ICSI have shown an 85% success rate.

Intracytoplasmic sperm injection is a fairly new technique and the long-term consequences of the treatment on the child are unknown.