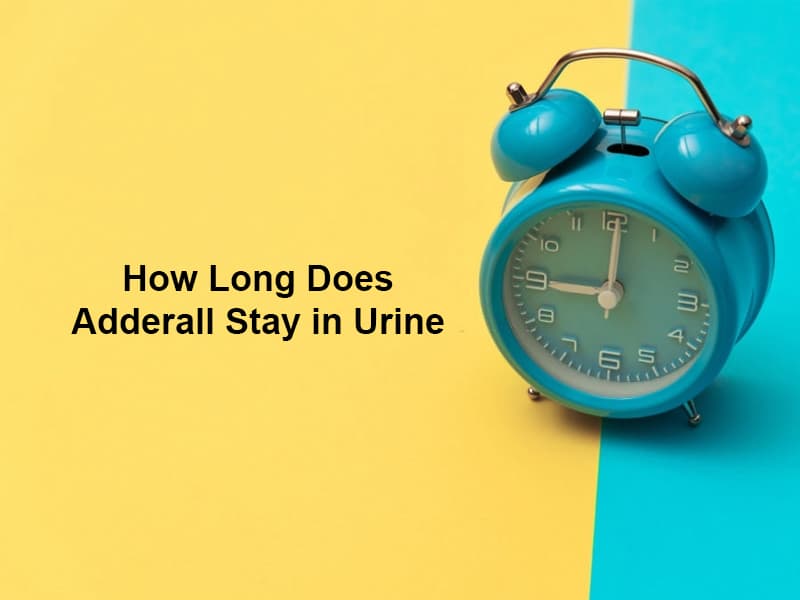 Adderall is becoming known worldwide for its potent effects. Composed mainly of a stimulant known as dextroamphetamine, Adderall increases sociability, reduces depression, increases the ability to focus as well as causing euphoria and insomnia. It was originally released as an ADHD medication but has been put to many other uses.

Adderall is highly popular with university students who use its “study drug” due to its ability to keep users awake and focused. It has also become popular with athletes as a performance-enhancing drug or as a recreational stimulant among drug users. As a consequence, most urine tests are now able to detect the presence of Adderall in urine depending upon how recently the drug has been consumed.

How Long Does Adderall Stay in Urine?

Adderall stays in your urine for roughly three days after it has been taken, however, this can vary from person to person and frequency. In high dose users, it has been known to stay detectable in urine for up to 7 days.

What Factors Affect How Long Adderall Stays in Urine?

The factors listed below that can affect how quickly Adderall is fully metabolized and cleared from the urine.

Instant release Adderall takes effect within an hour and begins to clear from your urine shortly after the user begins to feel its effects.

It may take older people longer to clear Adderall from their urine than younger people as young people often have faster metabolism.

A person’s size can affect the rate of clearance. Generally larger people clear Adderall more slowly than smaller ones.

Clearance speed can change depending on gender. Women tend to clear Adderall from their bodies faster than males.

A person with poor liver or kidney function may take longer to clear Adderall from their urine than a healthy one.

Higher doses or repeat dosing can increase the amount of time Adderall stays in human urine from the three days with a therapeutic dose to up to a week from high recreational doses.

It takes longer for Adderall to clear from urine when taken orally than when insufflated (snorted).

Why Does Adderall Stay in Urine for This Long?

The answer to this question depends on the half life of Adderall’s main ingredient: dextroamphetamine.

What is Drug’s Half-Life?

As stated above, Adderall stays in urine for an average of three days except in high doses or cases of addiction when it may remain in urine for up to a week.