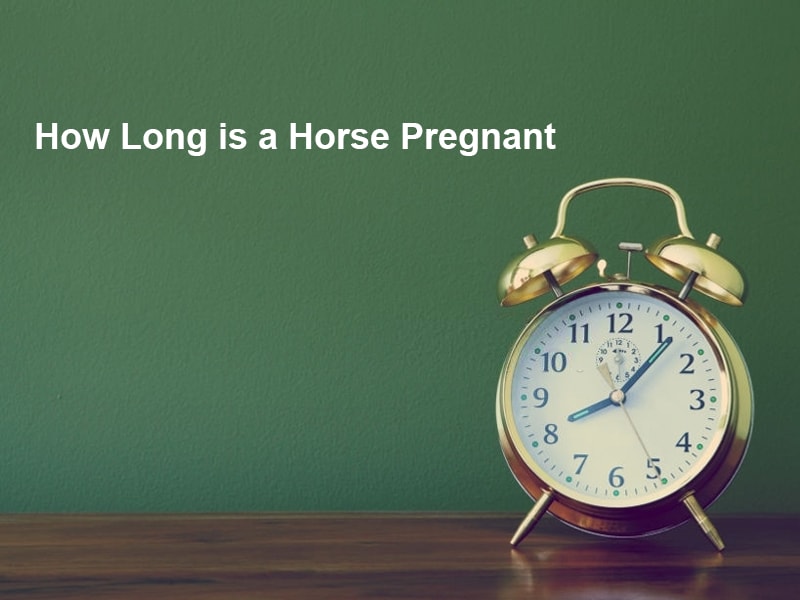 Horses are classified under mammals, and just like other mammals, their young ones are nourished with their mother’s milk in the first part of their life. A female horse, also known as a Mare, usually gives birth to one foal per annum.

At the age of 18 months, mare becomes capable of reproduction. However, four years is the most appropriate age of a mare to become pregnant. In this article, we shall be discussing how long is a horse pregnant and why.

How long is a horse pregnant?

Ponies have a short gestational period when compared to horses. Stallions often breed mares during summer in a natural environment. After this, the foals will be borne in the spring or early summer of the following year.

This process ensures that the foals are given birth to in the period where pasture is abundant, and the weather is warm. Mares are said to be seasonally polyestrus.

This means that horses are receptive to the stallion and goes into heat at regular periods that is summer and spring. These periods of estrus lasts for approximately three weeks.

Why do horses have a long gestational period?

As previously stated, horses tend to mate during summer and give birth during spring or early summer. This long gestational period enables the mare to give birth to a foal during the warm season when there is plenty of pasture to feed on.

RECOMMENDED
How Long do Bed Bugs Live in a Plastic Bag – (And Why)?

Furthermore, horses are big animals, and they require plenty of time to develop, that’s why their gestational period lasts for approximately one year or 11 months.

Checking for pregnancy in a horse

Beyond estrus absence, for the first three months, a mare might not experience any sign of pregnancy. However, after two weeks of conception, you can confirm pregnancy using ultrasound. You can as well carry out urine and blood tests after two to three months of conception.

A veterinarian is capable of manually feeling the embryo after six weeks of conception, in the mare’s uterus via rectal palpation. During early pregnancy, the mare’s health needs to be assessed by a veterinarian.

Usually, horse twins happen rarely; however, it might lead to mare aborting. There is a possibility of losing both foals when the twins are carried to term. For this reason, pinching off one embryo is often recommended. This process should be carried out during early pregnancy.

It is not unusual for mares to lose a foal; therefore, it is recommended to carry out blood and urine tests and ultrasounds after three months of conception.

After three months of conceptions, the foal will develop rapidly and will begin looking like a small horse. Usually, after six months of pregnancy is when the mare will physically appear to be pregnant. After approximately 315 days of conception, you should start watching out for any impending sign of the horse to deliver a foal.