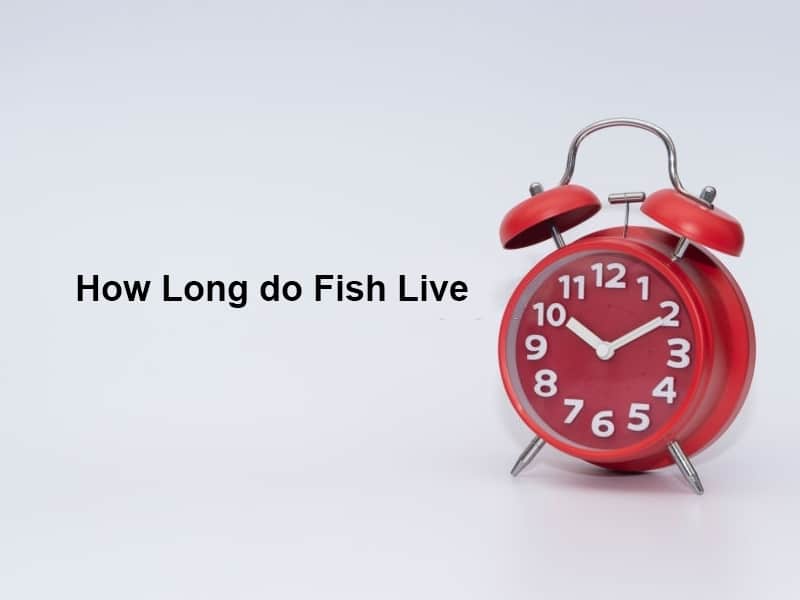 Over the years, scientists have been conducting researches on animals and human beings to determine their life span and the factors affecting that lifespan. Different animals have different life spans; the life span of each animal is influenced by both genetic and environmental factors.

Fish is no different, how long a fish lives is significantly dependant on the species of the particular fish. Generally, more abundant fish have a longer lifespan, and smaller fish have a shorter lifespan.

Fish in an aquarium will live longer than fish living in the sea. This article will explore the length of the fish life span and explain why they live that long.

How long do fish live

Fish species affects its lifespan, and the two most popular fish species are goldfish and bettas. Fish species can be generally divided into fish with a long life span and those with a short life span.

Species such as the betas, killifish, swordtails, mollies, and platys have a short life span while species such as goldfish, loaches, silver dollars, pocus, and convict cichlid have a longer life span. Fish that lay eggs are said to live longer than the fish that give birth to young ones.

The Koi fish live typically for 25 to 30 years; however, reports state that they can live for 200 years. Sharks are another fish species that could live for ages, and the Greenland sharks are said to be the longest-lived vertebrae.

Their average life span is 272 years, and the oldest one living for 292 years. These fish, however, rarely live to their full potential due to various factors but mainly due to poor care and habitat.

RECOMMENDED
How Long Can a Dog Go Without Eating – (And Why)?

Why do fish live this long?

Determining the life span of a fish can be a guessing game, however considering various factors such as its size, metabolism, and its reproduction, as well as the environmental factors, would help in estimating its life span.

It is nature’s goal to ensure genes are passed on from one generation to the next. Thus the sexual maturity of different fish species will significantly depend on their life span. The Greenland shark, for example, matures very slowly, study shows that it reaches sexual maturity at the age of 156 years while a turquoise killifish are seen in vernal pools during the rainy season, they grow and mature to reproduce before the pools dry up. They live for about 12 weeks.

Assess the environmental factors of your proper fish care will lengthen its life span. Make sure the water is good, the fish is well fed.