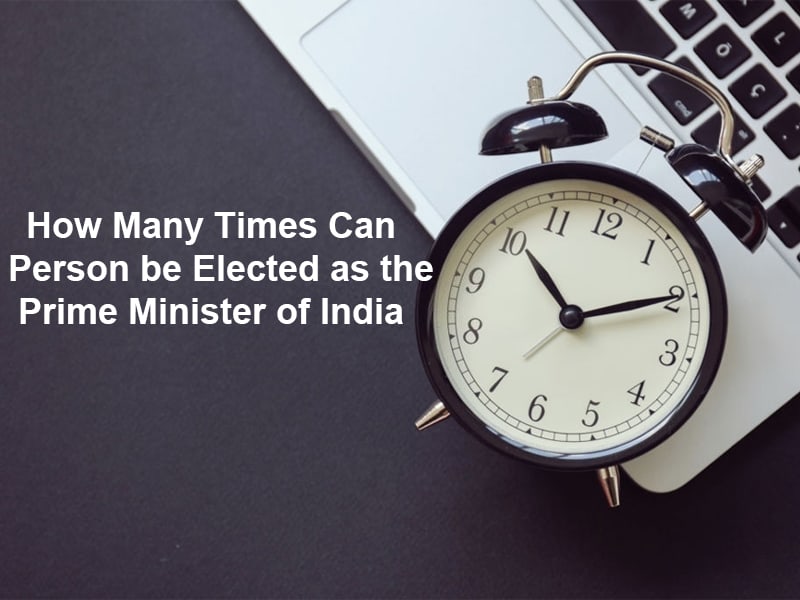 There are no restrictions as to how many times we can elect the Prime minister in India. Meaning a person who contests the elections after every five years and heads the election, the representative can be selected as many times by their member of parliament.

India follows a westerner legislature system where when a party wins an election in the Lok Sabha or the lower house; the member can elect anyone as their Prime minister to head the country. The President of India swore the latest Prime minister.

How Many Times the Person Can Become PM of India?

India is a democratic country, meaning we, the people of India on our own, elect the leader who will run and represent the country for five years, and that person brings a promise to change the country. The Constitution of India states particular eligibility when a person can contest elections for the PM of India.

The person shall be a citizen of India, should be part of any house that is Rajya Sabha (the upper house) and Lok Sabha (the lower house). If not, they shall be appointed into any of the houses within six months and, most importantly, should be above the age of 25.

The election process in India is quite complex; therefore, when we vote for the party in India, we do not vote for a particular representative directly, but we do that indirectly.

RECOMMENDED
How Long Does it Take to Change a Tire – (And Why)?

The process of elections becomes clear why an Individual can become the PM of India unlimited times. Because it is the party we choose to elect, not the representative that heads the country, the PM is elected by the majority party. The party can select the same person for as long as they want until the time they win after every term.

Why Does the Person Become the Prime Minister Unlimited Times?

India is a democratic country where all the people above the age of 18 are given the right to vote and elect the Prime Minister.

The same leader becomes the Prime minister of India; therefore, it is the party that we elect, not the leader. This is the reason why a person can become PM unlimited times.