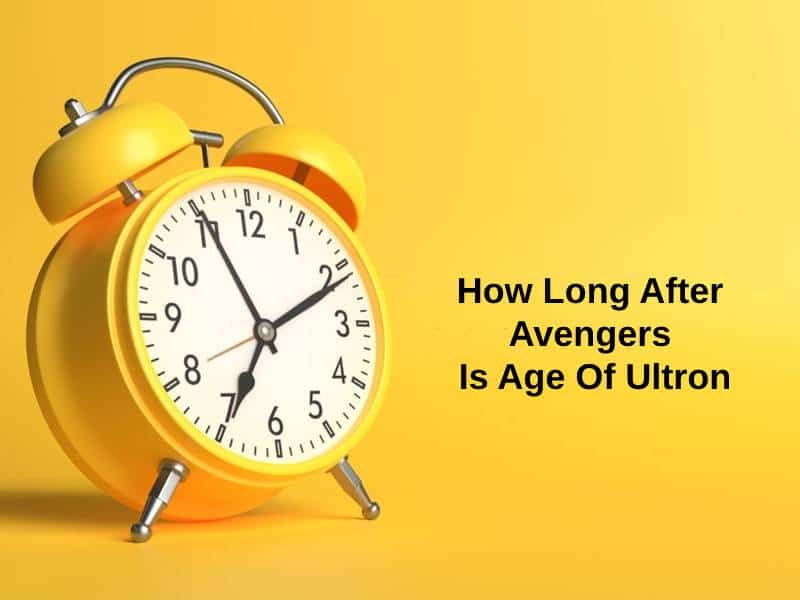 The Marvel Cinematic Universe (MCU) is based on Marvel comic books. The universe deals with several parallel storylines that are specific to each Marvel superhero. The standalone films culminate in the form of a collaborative effort by the Avengers when faced with certain super-villains. The first of such collaborative movies was titled ‘Avengers Assemble’. This film deals with the efforts of the Avengers against Loki: The God of Mischief, who planned on opening a portal between earth and space and leading an army of alien invaders.

The subsequent installment to such a collaborative movie that featured all the Marvel superheroes was called ‘Avengers: Age of Ultron’. In this film, the group of superheroes fought an artificially intelligent entity called Ultron that was created by Tony Stark and Bruce Banner to promote world peace but instead turned homicidal.

How Long After Avengers Is Age Of Ultron?

The Marvel Cinematic Universe follows a distinct timeline. This timeline is subdivided between the actual, real-world time frame and the in-story time frames of existence. The former corresponds to the overall time lapse between the releases of the Marvel movies in theatres, while the latter references the overarching timeline followed in the movies and how this time frame connects and intertwines the events of the different cinematic installments in the MCU.

In terms of the actual time gap between the first installment of the Avengers and the subsequent film Avengers: Age of Ultron, there exists a time gap of 3 years in the real world. The first-ever Avengers movie was released in 2012. This was after the standalone films of different Marvel superheroes like Captain America, Iron Man, Hulk, and Thor had already been released. The next collaborative, all-star Avengers film was released in theatres in 2015. Avengers: Age of Ultron thus, debuted in 2015. This explains the 3 year-gap that exists between the movies in the real world.

However, in the case of the two films in question, the on-screen, in-story timeline in each happens to correspond to the real timeline of the release dates. According to the official timeline recently released by Marvel Studios, the Avengers assemble to fight Loki in 2012 and battle against the AI entity Ultron in 2015- this implies that there is a perfect overlap between the release years of the two films and their in-story occurrences. Thus, in this specific case, there is no dissonance between the two-time frames.

Why Is Age of Ultron So Long After Avengers?

Avengers: Age of Ultron was released 3 years after the initial all-star Avengers film because the overarching storyline in the MCU required this kind of time-lapse between the two films. The first Avengers film dealt with Loki, who at the end of the film was taken back to Asgard by Thor, where he would face the consequences of his actions.

RECOMMENDED
How Long Is A Round In Boxing (And Why)?

Similarly, we see that following Avengers, each of the superheroes have their own installments of standalone films to propel the overarching storyline forward. According to the in-story timeline, the events of Iron Man 3 occur in the same year as Avengers. This is followed by Thor: The Dark World (2013), where we are introduced to another important Infinity Stone- the Reality Stone.

Lastly, The Guardians of the Galaxy (2014) introduces another Infinity Stone- the Power Stone to the audience. Thus, the groundwork for the Age of Ultron film is laid in the course of the 3 years in between the two films. The film itself begins with the need to locate Loki’s Scepter and dismantling the existing Hydra bases while progressing on to deal with an important Infinity Stone- the Mind Stone, that was housed by the scepter and which in turns leads to the birth of both Ultron and Vision.

The MCU fan base has long debated on the more blurry details of the in-story timelines of the movies. This has especially escalated since Endgame was released in 2019 as the last installment of this phase by Marvel. Many believe that a multiverse was born as a result of the events with the Infinity Stones that occurred in Endgame.

Although the timelines of certain MCU films remain controversial, there is relative consensus about the timelines of Avengers and Age of Ultron. The Marvel Studios Executive has proposed that the two films are 3 years apart from each other both in the real world and the in-story timeline.