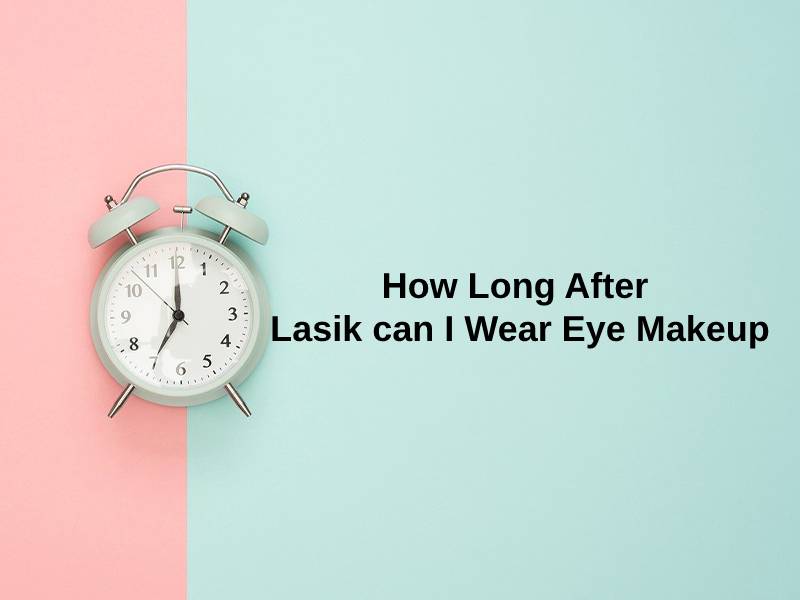 Most people wear makeup for various reasons. Be it to boost up their confidence level or to have a more ‘put-together look.  No doubt makeup serves as a creative outlet and is an everyday part for many people.

But the main question here arises: after how long can a person wear eye-makeup after undergoing a LASIK procedure. Lasik or larger eye surgery is a surgical procedure, which in turn means that a person ought to take various precautions after undergoing this procedure.

Generally, the patient must avoid any makeup before 24 hours of operation. Also, avoid make-up for at least a week or two.

How Long After Lasik can I Wear Eye Makeup?

The question is quite obvious because once the person is in a routine of wearing makeup, it is really hard to imagine your days without it.

After Lasik surgery, it is really important to take care of your eyes. If makeup gets into the eyes, it may irritate. If the makeup is not removed gently, it may cause problems. Then, exactly how long should one wait before wearing makeup after Lasik?

The answer to this is- at least 10-15 days. During this time the patient should avoid anything that might lead to infection or cause damage/dislodging to the flap. Also, the patient must avoid rubbing eyes and apply eye drops from time to time.

It is usually advised to replace your eye makeup if you start wearing makeup after the Lasik procedure. This probably will refuse the risk of infections. Used makeup products are more likely home to lots of bacteria. If you have no option of replacing the makeup, you should sanitize it properly and then use it.

Also, when you start wearing makeup, it is advisable to keep certain things in mind. The first one being, not to rub your eyes vigorously. You should also avoid tough-to-get-off mascara, eyeliner. This is so because it requires a lot of rubbing.

You may wear eye makeup after consultation with the doctor. He would advise us to use it only after it has been 7 days. But you should avoid applying eyeliner in your waterline. as the liner might get into the eyes and cause irritation.

RECOMMENDED
How Long Should A Person Eat (And Why)?

Why Does it Take So Long to Wear Eye Makeup After Lasik?

It is usually recommended to wear eye makeup only after a week or so after undergoing the procedure. There are various reasons for this.

The first one being makeup is a breeding place for certain types of bacteria. When one’s eye is healthy, it fights off various bacteria. Having undergone the surgery, your eye would be sensitive and is still in the healing procedure. So, it’s advisable to not use makeup for at least a week.

The second reason is the use of medicines such as eye drops. After undergoing the Lasik procedure it is obvious that the person will have to use eye drops. While you put on eye drops, the eye makeup could also enter your eyes causing harm to the eyes.

Makeup like foundations, concealer, etc can be used but mostly the eye area should be avoided. Eye makeup such as kajal, mascara, eyeliner, and eyeshadow should be avoided as long as possible. Eye creams and moisturizers should also be avoided for about 2 weeks. And

Wearing eye makeup after Lasik is not that big a deal. You can do it after a week. The main concern is to remove the makeup carefully without rubbing and harming your eyes.

Whether to apply eye makeup after Lasik surgery is a major cause of concern for the ones who are used to wearing makeup. Doctors usually advise applying it only after a week. However, you should be extra cautious and use it after 15 days or so.

This is done to minimize the odds of infection and preventing any dislodging of the flap. Usually, a person must avoid rubbing of eyes and prevent tough-to-get-off makeup.

Having taken all the precautions, you may use eye makeup after 10-15 days at least. And prevent your eyes from any type of infection as far as possible.