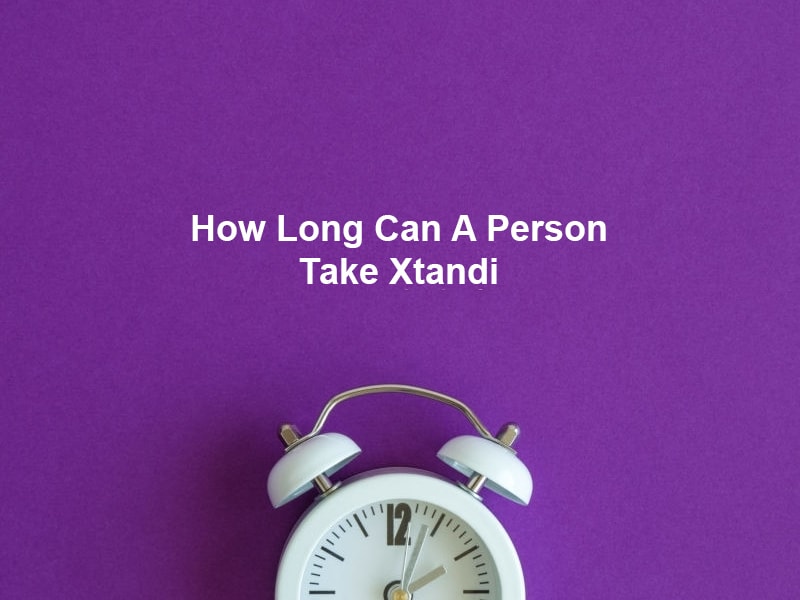 Prostate Cancer is cancer in a man’s prostate. Among men, it is one of the most common cancers. In North America and Europe, it is the second deadliest cancer. Thanks to today’s advanced technology and science, we can cure prostate cancer at its primary stage. But, even for advanced science, it has been impossible to find a cure for the advanced stage of prostate cancer. Through medications and treatments, we have been able to limit the growth of prostate cancer but we are unable to find a cure for it. Not as of now.

How Long Can A Person Take Xtandi?

In most cases, prostate cancer is cured at its primary stage by a therapy called Androgen-Deprivation Therapy (ADT). This therapy is done by chemical or surgical castration. Patients have been dependent on this therapy for over the past 70 years. Even men with metastatic prostate cancer often start to recover very quickly through this therapy. The results include less pain in bones, a decrease in serum prostate-specific antigen (PSA) levels, etc.

Although, there are patients who are unable to recover with the help of this therapy. These patients often reach the advanced stage of this disease. The advanced stage is known as Castration-Resistant Prostate Cancer (CRPC). This stage is much more challenging for therapies to work. This stage has no cure. Hence, under this stage, some medications like Enzalutamide as known as Xtandi, are used to control or limit the growth of cancer within the body. These medications are not permanent, as they control the growth of cancer for a period of time. After that, the medications stop working and the body gains immunity over the medicine and the medicine starts to lose its effect.

An international clinical trial was initiated involving 15 countries named AFFIRM. In this trial, patients suffering from CRPC were divided into two groups. Group one was given Placebo while group two was given Xtandi. It was concluded that the median survival of the patients taking Placebo was 13.6 months. Meanwhile, Xtandi performed much better as its median survival was 18.4 months.

Why Can A Person Take Xtandi For That Long?

In CRPC, the testicular androgens produce way more than they should. These androgens often produce tumours or mutation in the androgen receptor (AR) genes capable of ligand-independent signalling. Testosterone or and dihydrotestosterone are the male sex hormones or androgens that are bind to AR. These androgens play a major role in the growth of prostate cells.

RECOMMENDED
How Long After Tooth Extraction Can I Smoke (And Why)?

Xtandi is a non-steroidal, oral medicine and is a second-generation medicine. It works by binding excessively multiplying androgens to AR. That way, the androgens are unable to reach the nucleus. It does not kill cancer in the body but rather holds on to the cancer androgens and restricts them from multiplying. However, the effect of Xtandi lasts only for a period of time. After that time period, the body becomes immune to the medicine and slowing down its effects. Eventually, the effect of the medicine completely stops.

The results declared by AFFIRM in their trials were not only based on how long Xtandi or Placebo prevents the cancer androgens from multiplying, but there was more analysis of the two medicines. Xtandi was superior to placebo in Placebo Specific Antigen (PSA) rate changes and soft-tissue response rate. Patients in the Xtandi group showed better quality of life response, time to PSA progression, etc. Yet there were minor adverse effects as fatigue, diarrhoea, musculoskeletal pain, and hot flashes. So it is recommended that patients with a higher risk of seizure should avoid Xtandi.

In Castration-Resistant Prostate Cancer, which is an advanced stage of Prostate Cancer, Xtandi is a good option. It holds on to the excessively multiplying Androgens and binds them to Androgen Receptors. This way Xtandi prevents the cells from multiplying and reaching the nucleus.

However, the solution is not permanent. After a while, the body becomes immune to the medicine and reduces its effects. Xtandi shows quicker results in comparison with Placebo and lasts longer on a median of 18.4 months. Although minor adverse like diarrhoea, musculoskeletal pain, fatigue and hot flashes are common to the patients taking Xtandi. Yet the medicine is not recommended to people with high seizure risk.