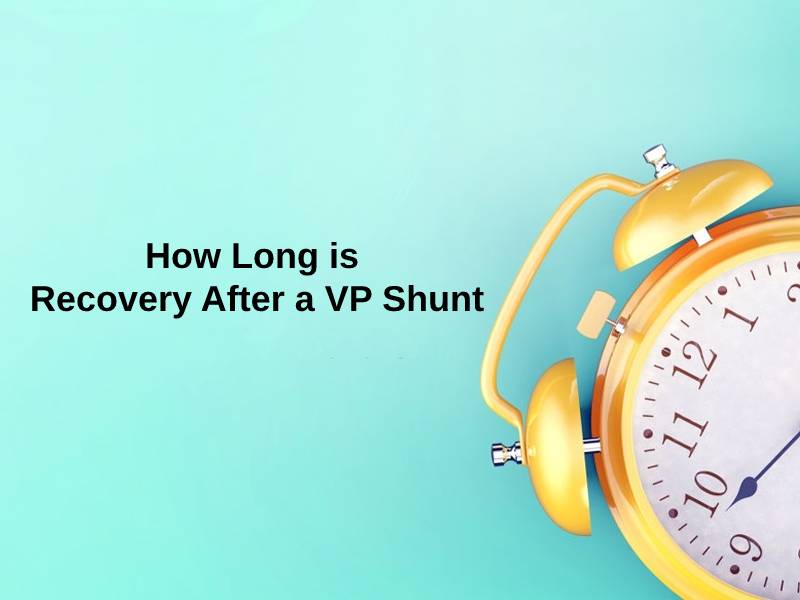 The medical device which is used to reduce the pressure of the brain is called a ventriculoperitoneal (VP) shunt. This pressure which the brain faces is caused due to fluid accumulation. When the ventricles of your brain are filled with excess cerebrospinal fluid (CSF), that state is called hydrocephalus.

The purpose of this fluid is to deliver nutrients and collect the waste from the brain. But when this excess cerebrospinal fluid gets collected in the brain, it causes pressure on the tissues of the brain. Thus, VP shunt surgery is done to eliminate this pressure. In this surgery, the doctor uses a VP shunt that helps in diverting this fluid from the brain. By doing so the brain and the CSF starts functioning properly.

How Long is Recovery After a VP Shunt?

After flowing through the ventricles of the brain, the cerebrospinal fluid (CSF) reaches the base of the brain where it provides the brain with nutrients and collects waste products. After that, it gets reabsorbed in the blood. But when the functioning and flow of this fluid gets disturbed, it turns out to be harmful to the brain. Thus, a VP shunt is used to divert the excess fluid away.

As mentioned before, VP shunt is a surgery usually done on patients suffering from hydrocephalus. Hydrocephalus is a condition in which a lot of cerebrospinal fluid gets accumulated inside the brain. So much of CSF is collected in the brain due to several reasons. The most common reasons include excess production of CSF, less CSF is absorbed by blood vessels and, hindrance in the flow of CSF of the brain. Other reasons include tumors, inflammation in the brain, or cysts.

This condition of hydrocephalus can be faced by any person, irrespective of his age. But doctors have observed these conditions develop mostly in babies and the elderly. You can identify hydrocephalus by the symptoms like headaches, seizures, increased irritability, prolonged sleep, disrupted appetite, memory loss, and impaired vision. Doctors can confirm hydrocephalus with various scans like CT scans, MRI scans, or ultrasound.

Why does it Take That Long to Recover After a VP Shunt?

RECOMMENDED
How Long After Transfusion Check CBC (And Why)?

For carrying out the VP shunt surgery, the patient needs to be given general anesthesia. Due to this anesthesia, you’ll fall asleep throughout the surgery. When the patient falls asleep, the doctor starts the surgery by shaving the areas where incision, i.e., the surgical cuts will be made.

This surgery includes 3 cuts in total. There is one cut in the head, second in your neck, and third in your abdomen. After the cuts are made, the doctor will put the catheter in the brain. These tubes help in driving away from the excess CSF. Then a valve is fitted at the end of the catheter. After placing the shunt, they will close these incisions with the help of stitches.

Thus, VP shunt surgery takes almost 4 days for recovery. After the surgery is done, your pulse, body temperature, oxygen levels, and blood pressure will be monitored. While you are being kept under observation, you may not feel pain anywhere over your body. This is because of the medications prescribed to you. But before taking the medications, you may experience headaches and pain around all your incisions.

There are few risks of VP shunt surgery as well. These risks include excessive bleeding, infection, and difficulty in breathing. Some patients even develop blood clots, swelling, and damage to the tissues of the brain.