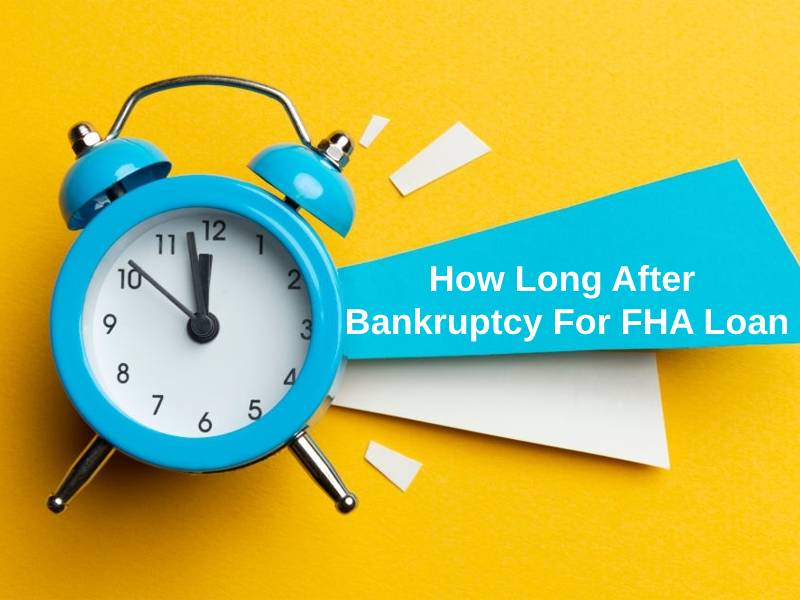 Bankruptcy entails the legal process of liquidating an individual’s assets to repay creditors. This is often considered the last resort available to a potential defaulter. When the person is unable to repay the sums of money borrowed from creditors, bankruptcy is often cited as the most prudent solution for repayment.

FHA or the Federal Housing Administration often offers loans to individuals who want to invest in purchasing a house but are unable to conjure the credit needed from conventional avenues like banks. It is usually aimed at helping low to moderate-income borrowers. This is a kind of mortgage issued by the FHA to an individual who has filed for bankruptcy.

How Long After Bankruptcy For FHA Loan?

The general norm is that an individual can apply for an FHA loan after 2 years of his or her case has been discharged by the court. This is the rule with regard to the charge of Chapter 7 as well as Chapter 13 of bankruptcy. Bankruptcy charges under the other Chapters have other stipulated time frames.

The Federal Housing Administration outlines that an individual will be eligible to file an FHA application at least 2 years after the court has dismissed the outstanding bankruptcy charge. However, there are also certain special concessions that are according to certain people under certain outstanding circumstances.

For instance, the FHA rulebook states that if an individual can effectively prove that the bankruptcy was a result of factors outside the purview of the individual’s control then the application for the loan can be filed within merely a year’s time.

Such situations may entail the untimely death of a spouse who was the sole breadwinner of the family, the impact of a natural disaster, retrenchment of employment, or a severe health ailment. If the individual can prove that his or her bankruptcy was a by-product of any of these circumstances, then the FHA will accept the application for a loan within 12 months of the charges being dismissed by a law court.

However, the ground reality remains that the implementation of these norms varies on a case-by-case basis. The level of adherence to these legal norms will be different for different state agencies that handle the filing of the loan application process on behalf of the FHA.

Why Does It Take This Long After Bankruptcy For FHA Loan?

After filing for bankruptcy, the creditworthiness of an individual is holistically destroyed. This is the primary reason why such an individual cannot easily file for other mortgage opportunities. After you have defaulted your creditors once, it becomes extremely difficult to secure loans and mortgages of any kind.

RECOMMENDED
How Long Does Direct Deposit Take in Different USA Banks – (And Why)?

The stipulated time frame of 2 years is accorded to the individual because this is given as the time to boost one’s credit score. The concerned individual must be able to build up a more or less stable and secure credit reputation in these 2 years to be considered a reliable debtor.

Moreover, a special concession is made in the case of unforeseen circumstances that causally resulted in bankruptcy because these cases are a product of unpredictable occurrences. Such an event of bankruptcy resulted from no real mistakes of the individual in question. Therefore, he or she must be granted the benefit of the doubt. Thus, a shorter time frame is needed to build up the trust of creditors.

The most important aspect of this waiting period is that one has to regain the trust of the creditors as a viable risk opportunity. Mortgages are quite significant sums of money and thus require a sufficient guarantee of payback, especially when they are being handed to a recent defaulter.

Filing for a loan application after bankruptcy can be a long and tedious process. This lengthy process is cut short significantly by the FHA loans that are usually made available to defaulters under both Chapter 7 and 13 of bankruptcy.

In most cases, the waiting period begins with the dismissal of the charge by the court. A fixed time frame of 2 years is needed before an individual can file for an FHA loan after bankruptcy. However, under special circumstances, this time frame can be reduced to merely 12 months. It is important to cognize that each of these time frames begins with the dismissal of the charge and not from the day the case is filed.