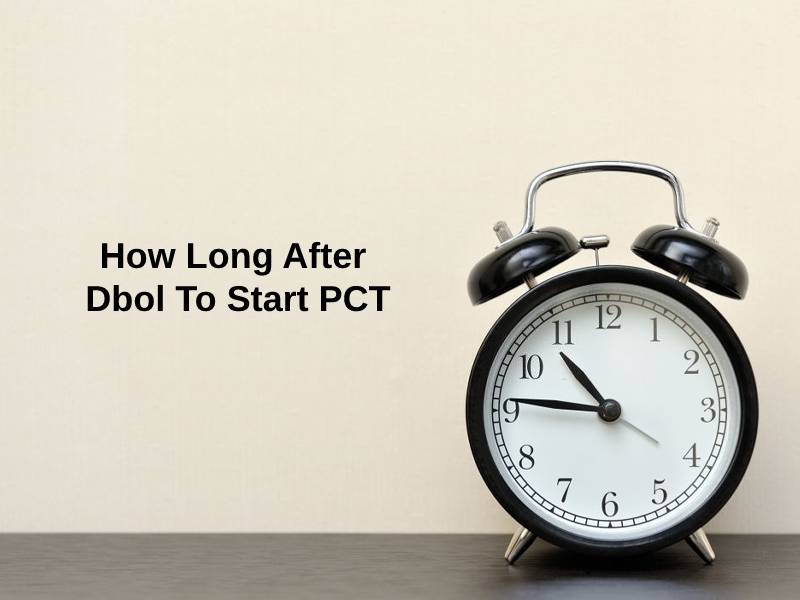 Dbol is the common term of reference used to denote the androgen and anabolic steroid Dianabol. The main chemical present in this concoction steroid is Metandienone. Dbol is one of the most commonly used steroids by bodybuilders as it helps build muscle and strength. It has become almost a standard steroid for those who wish to add bulk to their forms.

PCT, on the other hand, stands for Post Cycle Therapy. PCT includes certain drugs that are taken after the steroid cycle ends. Meticulously taking PCT is important as these drugs help maintain the health of the body. Thus, at the end of each Dbol cycle, one needs to start on PCT to help retain the endocrine functions of the body.

How Long After Dbol To Start PCT?

The exact protocols of starting on a PCT plan after a Dbol cycle can depend on a number of different factors. Age, body weight, existing health conditions, Dbol cycle length, etc. will all have a role to play in terms of arriving at a definitive time frame for PCT after Dbol. For each individual, this number can be different.

However, it is possible to devise an overall time frame to begin on PCT. Generally, physicians and gym trainers suggest that PCT can be started after 33 hours of taking the last Dbol dosage. This is considered to be a safe window of time for the PCT to be started.

In some cases, individuals have started on a PCT just 6 to 8 hours after ending their Dbol cycles. This can also be done, however, the catch remains that the person’s body must be able to process the PCT drugs without having an adverse reaction with some of the Dbol left in the system.

PCT drugs like Nolvadex and HCG are good after a Dbol cycle. The PCT cycle needs to continue for some time to help preserve the endocrine function of the individual. Nonetheless, it is always advisable that a potential bodybuilder seek the advice of a medical professional before embarking on a journey of self-medication. It is better to let the doctor decide on the correct steroids for your body as well as the correct PCT drugs needed. He should be the one outlining the absolutely tailored timeline for the consumption of these drugs by you.

Why Do You Have To Start PCT So Long After Dbol?

PCT must be started as soon as possible after Dbol because this steroid has suppressive properties. This implies that remaining on Dbol for a prolonged period of time can affect a person’s bodily functions. It is better to avoid a long Dbol cycle without PCT.

RECOMMENDED
How Long Does a Person Stay Up in a Day (And Why)?

When taken for long periods of time it is known to suppress the endogenous production of testosterone in the body. This happens because it is an artificial source of the androgen hormone. Thus, when one stops taking Dbol, the body’s natural ability to produce the hormone is severely compromised.

In such cases, the body of the steroid user will be slow to ramp up the production of testosterone once its artificial intake is stopped. This can lead to health complications as well as muscle mass loss. To avoid these complications steroid users are prescribed PCT right after Dbol.

PCT is usually started 33 hours after the last Dbol dose because this gives the body of the individual in question enough time to process the steroid quite conductively. Although traces of the steroid may be left in the bloodstream, a larger proportion of its components have already been digested. This is calculated by taking the half-life of the drug, i.e. 6 hours, and multiplying the number by 5.5.

Delaying the intake of PCT can affect the hormonal balance of the body and lead to hypogonadism. Starting PCT on time reduces the risks of infertility as well as improves testosterone levels. Moreover, PCT is essential to maintain the immunity of the individual and the endocrinal functions of the body that are regulated by certain hormones.

Dbol is a powerful androgen. The steroid helps in augmenting the bulk of a gym enthusiast’s body. However, there are several pitfalls of ingesting artificial steroids for the purpose of bodybuilding. To offset these health complications, bodybuilders are advised to start on a PCT as soon as their steroid cycle ends.

For Dbol, an individual can start on a PCT after 33 hours of taking the last dosage of the steroid. This is calculated by focusing on the half-life of the steroid. However, the time frame may be different for individuals depending on their varying body weights and exact Dbol dosages.