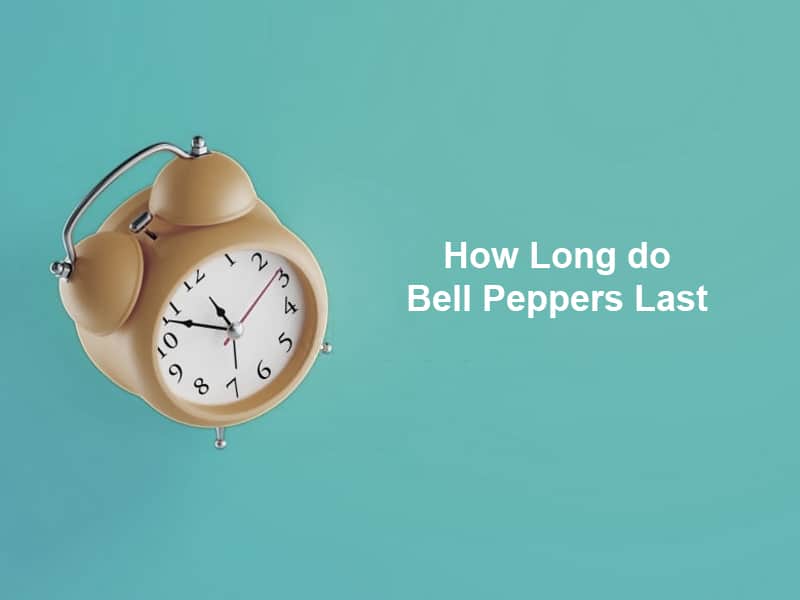 Bell peppers can also be called sweet pepper or sometimes referred to as capsicum. It is a plant that has large and tender thick-walled fruits that are usually bell-shaped. They form the main salad peppers. The main varieties of bell peppers include red, green, yellow, black and orange varieties.

The bell peppers have originally been grown in both south and North America more especially in Mexico. Bell peppers are mainly used as garden salads and as in ingredient in certain foods. They are also used in the production of different spices such as the paprika. They are considered a rich source of vitamin C.

How long do bell peppers last?

Bell peppers tend to have a shelf life that is similar to other fresh vegetables. Most of them usually don’t come with a sell-by or expiry date and therefore one has to be keen on the date of purchase. Bell peppers can last for a period of time past their date of purchase depending on a variety of factors. The following is a guideline on how long they can last if stored in a proper way;

RECOMMENDED
How Long Does Cooked Quinoa Last – (And Why)?

It is important to note that green bell peppers tend to last longer compared to red or orange bell peppers.

Why bell peppers last for that long?

There are many reasons that can make the bell peppers to last for long when stored properly. These reasons include;

Bell peppers usually last for a number of days which mainly depends on how they are being stored. The type of bell peppers also makes a difference.