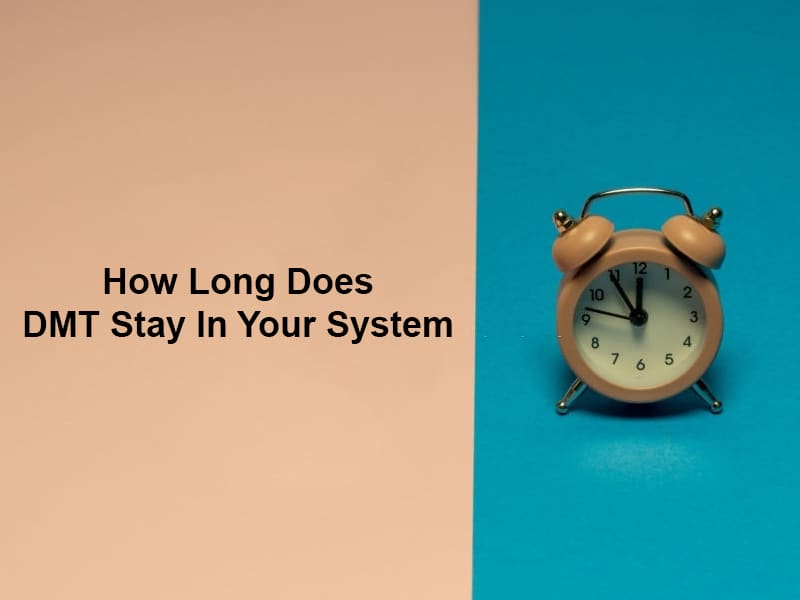 DMT (Dimethyltryptamine) is illegal in the United States. The Drug is known to cause hallucinations and out of body experience for users. The Drug Enforcement Agency(DEA) has not only concluded that the drug has no medical application but is also at risk of being abused in the US.

How Long DMT Stays in the Body

Once taken, users will in a minute or so begin hallucinating. A single dose of DMT generally takes 2 hours to leave the system. However, this is also dependent on several factors including;

How Long Can DMT be Detectable in the Body

RECOMMENDED
How Long After BK Can I Get Pregnant (And Why)?

DMT can be detected through urine, hair and saliva tests. A blood test is a less effective way of detecting DMT in your system as its unlikely to return positive results. Urine and hair tests remain the most effective way to detect DMT in your body. A urinalysis will return positive DMT results for up 24 hours after use. On the other hand, hair tests can detect the presence of DMT for several months after use.

How To Ensure Fast Removal of DMT From Your System

If you want DMT out of your system as fast as possible, here are some of the tips you could employ: