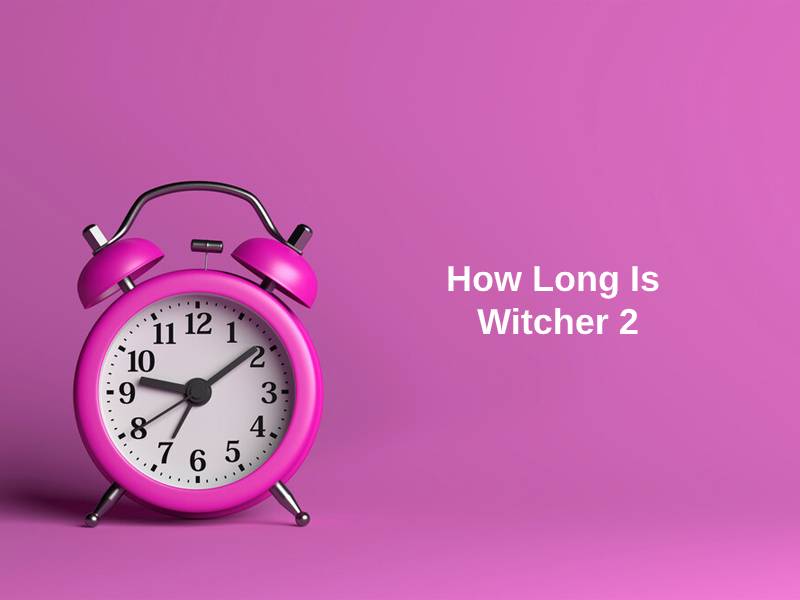 Netflix’s original ‘The Witcher’ took the internet by storm when it was released in 2019. Starring Henry Cavill, the series rose to massive popularity and had millions of fans desperately demanding a follow-up season. Fortunately, for these desperate fans, the world of The Witcher isn’t limited to the Netflix show.

It is adapted from a book series by Polish author Andrzej Sapkowski that also inspired a three-part video game series. The second installment in the video game trilogy received prominent acclaim. Those wishing to explore this fantasy universe more may find The Witcher 2: Assassin of Kings a welcoming beginning.

How Long Does it Take to Beat Witcher 2?

The Witcher 2: Assassin of Kings, launched in 2011, is a role-playing fantasy action game. Created by CD Projekt RED, it is the sequel to the first installment in the Witcher video game series released in 2007. The player controls Geralt, who’s on the run after being falsely accused of assassinating the Temarian king he was supposed to be guarding.

The world of the Witcher 2 is enormous, with monsters galore and countless secrets to unravel. The main plot of the game is sub-categorized into three chapters and a prologue. A player must complete the major story quests in each chapter to beat the game.

However, the game goes further than the main storyline. It offers several side quests to keep the player engaged. Completing the side quests along with main quests demands about 35 hours of the player’s time.

The game additionally offers various trophies for a variety of activities. Upgrading your equipment and developing your character may help unlock some of those trophies. These activities use up more playtime, making the total length of gameplay around 55 hours.

Why Does it Take This Long to Beat Witcher 2?

The Witcher 2 might be a convivial head-start into the Witcher video game series for new players. It is captivating with its mythological setting, indie soul, and interactive storyline. Unlike The Witcher 3, which demands over 50 hours to beat. The Witcher 2 can be wrapped up within 25.

RECOMMENDED
How Long do Various Types of Hockey Games Last – (And Why)?

The time taken to finish The Witcher 2 depends on the progression of the storyline. The plot branches out according to the decisions made by the user during gameplay. The player’s choices affect the storyline by a vast magnitude, consequentially affecting the future quests they need to complete.

The first chapter has two different finales. The game may lead to either act depending on the player’s choices. The decisions made in the first chapter affect the course of the game in the second chapter. Though each side leads to different characters, quests, and perspectives, the aim of the game remains the same.

Furthermore, each chapter offers over a dozen missions. The player cannot reach the finale of the game unless they complete every storyline mission in each chapter. Each chapter has a variety of sub-quests that vary with the player’s choices.

Those who wish to preoccupy themselves with the side quests may need to bargain about 35 hours of their time on this game. The Witcher 2 is a tough game with elaborate missions that may take several attempts to crack. With unyielding villains and unreliable magic abilities, the sub-quests can be pretty side-tracking. Nonetheless, it is not the longest and hardest RPG you’ve ever heard of.

With a knack for spell magic and an experienced hand on the sword, Geralt is an exciting character to play for RPG fans. The game kicks off with no time to spare and may immediately lure the fans of the Netflix series with instant political disputes.