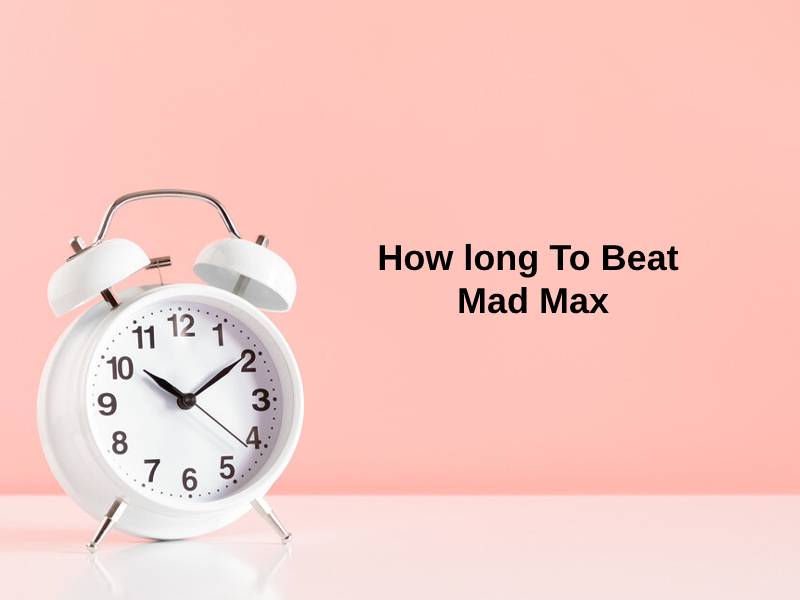 Many find the best escapism in video games, which take you on an adventure from the confines of your home.

Mad Max, a 2015 game adapted from the Mad Max movie franchise, was created by Avalanche Studios. It’s a role-playing game based in a post-apocalyptic wasteland. The action-adventure game with Mad Max as the principal character focuses on vehicular combat. The vehicle known as the Magnum Opus is mounted with countless weapons and tools which help fight enemies.

How Long Does It Take To Beat Mad Max?

The game, set in a post-apocalyptic wasteland, follows Mad Max on his journey for survival. Max is a passive hero who would rather have peace than war. However, he loses his car to a group of bandits and must avenge his loss and build a new vehicle. The player controls Max Rockatansky as he forages through the wasteland to find supplies for a new vehicle. The player leads Max toward the Plains of Silence, where he would find peace. He has to take part in vehicular combat with the gang of bandits who robbed him. The players can customize the character and upgrade the vehicle with weapons and shields to fight the bad guys.

The game has around 16 story missions. The main story quests need about 20 hours to beat on average. Players who wish to explore the game more and complete the side missions need 38 hours to finish the game. In comparison, it would take over 60 hours to complete all the quests and score every single achievement in Mad Max.

With an enormous map plagued with numerous quests and bonus activities, Mad Max has all the makings of a modern dystopian game. It is an open-world game involving violent warfare, vicious vehicular chases, treacherous enemies and a vast unexplored wasteland.

Why Does It Take This Long To Beat Mad Max?

Mad Max has a simple premise. It is about a reluctant warrior trying to navigate his way through the wasteland for survival. He fights for self-preservation, wanting nothing but to leave the chaos behind and find peace in the “Plains of Silence.” The player’s job is to help Max build a vehicular weapon to avenge the bandits who robbed his car. On average, it would take around 19 hours to finish the main story missions and beat the game.

RECOMMENDED
How Long to Beat Nier - (And Why)?

However, this 2015 game goes beyond the basic premise and has a lot the offer. It is designed around fighting bandits colonizing the regions covered by the wasteland. Though Avalanche created over 15 main story quests to beat the game, they also offer a plethora of additional wasteland missions and encounters to challenge the player. The game comprises a detailed map marking several regions with different backstories and missions. Every region offers a quest like racing, infiltrating camps, or destroying enemy convoys. Therefore, it would take about 19 to 20 additional hours to finish the spare missions, making the total length to beat the game around 40 hours.

The game has many additional challenges, including encounters with scavengers and loots. Taking on these challenges lengthens the stretch of the game but makes it more exciting. Avalanche Studios provide the players with several customization opportunities. The additional upgrades offer countless benefits, making the game engaging and time-consuming. A player may take over 60 hours to beat this game if they wish to explore every corner and crook.

Emphasizing vehicular combat, the Mad Max of 2015 does not shy of action and adventure. Though it is repetitive, the game progresses steadily. With a simple premise and a gigantic map, it allows incentive to improve and challenge your abilities. The wasteland, a juxtaposition of the post-apocalyptic ruins and the strangely beautiful visuals, is vast and allows opportunities for exploration.

Mad Max can keep you occupied for a long time with its detailed quests, appealing visual effects, and steady playtime. It is perfect escapism for those who love to lose themselves in adventure games.